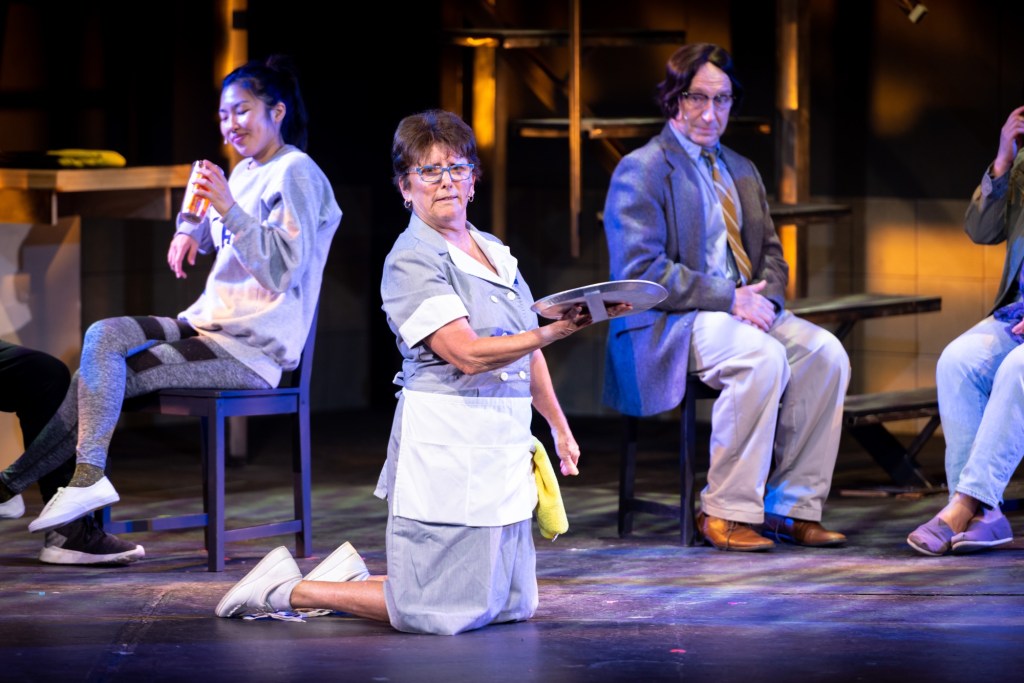 This musical, based on the 1974 book Studs Terkel and reworked in 2012 to include two new songs from “Hamilton” creator Lin-Manuel Miranda, is, at its heart, a celebration of the American worker, and essential workers in the world. country in particular.

That’s why the show’s 26 characters, played by just seven actors, include a stonemason, assembly line worker, schoolteacher, waitress, and housewife, the people who do all the thankless work. that support a community.

Klein selected a top-notch cast whose members glide effortlessly from character to character as easily as they change costumes, sometimes in seconds with the help of trainer Kit Cheung.

There is no weak link in the cast, and almost all of them have loud, powerful voices. Ray D’Ambrosio, playing four separate characters, is tearful as he stumbles across the stage using a walker and singing the sentimental song “Joe”.

Triple Threat Actress / Director / Singer Linda Piccone appears in many scenes but stands out as the harassed waitress in the heartfelt “It’s an Art.”

She also joins Izetta Fang Klein, who has one of the most powerful voices in the cast, in the heartfelt “Cleanin ‘Women”, telling the story of the women who clean hotel rooms, office buildings and public buildings. houses of the rich. The â€œworkingâ€ choreographer Stacy Reed takes over the role of Klein for some performances.

Another strong female voice belongs to Eiko Yamamoto, who appears in a number of vignettes as both a sharp businesswoman and a carpenter. Mai Abe is the last woman in the cast; she too shines in five different roles.

Jomar Martinez and Jason Mooney are energetic, sincere and genuine in their many roles. Martinez is funny and athletic in several of his characters, while Mooney takes on five roles and succeeds in four of them. He doesn’t quite have the seriousness of being the stonecutter and his voice is slightly thin when he sings “The Mason”.

But these are trifles because â€œWorkingâ€ turns out to be an uplifting, affirming and completely satisfying experience. As one opening night audience member said, â€œIt makes me realize how much I missed live theater; I’m so glad he’s back!

Dolores Duran-Cefalu is the musical director, although there is no live orchestra. Instead, the musical accompaniment is provided by P Backing Tracks. Nevertheless, snafus are coming. On opening night, all of the cast were on stage ready for the grand finale (â€œSomething to Point Toâ€), but no music was played. There was an uncomfortable silence before he finally settled down.

Scott Ludwig has held several positions for “Working” including set designer, technical director, production manager and property designer. The setting is more utilitarian than beautiful, but it’s perfect for a show that requires the actors to carry the heavy load.

R. Dutch Fritz is responsible for the costume design and also serves as a stage painter. Abby May is the lighting designer, while Jeff Grafton is in charge of the sound.