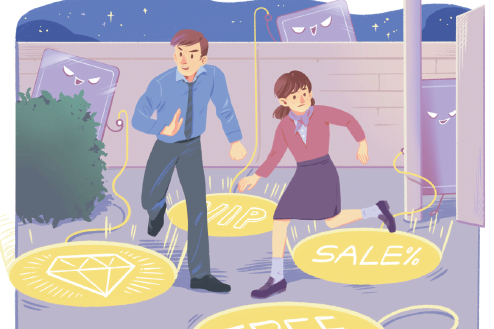 When Ofo reportedly struggled with cash flow at the end of 2018, the bike-sharing startup was inundated by a surge of reimbursement requests from its roughly 28 million active users who had posted rental deposits.

Many have complained online that they haven’t been able to get their money back for days, weeks, or even months.

Two and a half years later, a few stubborn customers are still tracking the status of their deposits, ranging from 99 to 199 yuan ($ 15 to $ 30), while Ofo’s iconic yellow bumblebee bikes have all but disappeared from the streets of Beijing. .

In a May 7 post on the microblogging platform Weibo, an internet user with the username MaaCiu wrote, â€œFrom December 20, 2018 to today, 900 days have passed, and I will probably need another seven. years to get my money back. I can’t believe I was duped by a rental bike company. “

An accompanying screenshot showed MaaCiu was 9,402,427th in line to collect their deposit.

Data compiled by Weibo about two years ago estimated that Ofo reimbursed an average of 3,500 people per day. China Youth Daily reported that the daily rate had slowed to less than 200 people at the start of this year.

Ofo’s decline served as a warning to customers, who can now think twice before agreeing to pay suppliers up front.

Like many other businesses, Ofo uses the prepayment business model, in which a certain amount is paid as a deposit to a business, which facilitates its rapid growth and expansion.

Recently, the model has been adopted by several players in the service sector. In areas such as out-of-school education, hairdressing and beauty, and physical training, clients are finding it increasingly difficult to resist the temptation to pay hefty deposits in exchange for access to products. or discounted services.

Xu Fan, head of human resources in Beijing, said she had lost count of the number of companies that had not returned her deposit.

â€œI remember that there was a skin care store in Haidian District and a chain of barber shops in Chaoyang District. In most cases, the higher the deposit I paid, the more the discount I was receiving was significant. That’s why I got on board in the first place, “she said.

â€œLast year, I also recharged my account on a popular ridesharing app for around 800 yuan. But I never managed to hail a taxi due to the high demand during rush hour. already uninstalled the app because I’m doing it I don’t think the deposit is refundable; either that or it will take so many steps I can’t be bothered. “

Xu added that the situation has not really improved from ten years ago. â€œWhen I first came to Beijing from college in 2011, friends started telling me about small businesses that were running away without reimbursing me, and I have since encountered similar difficulties. pretty much the same now, â€she said.

According to the Beijing Municipal Administration for Market Regulation, it handled more than 1,800 complaints related to prepayments or stored value cards in 2010, up nearly 40% from the previous year .

Meanwhile, a report released by the China Consumers’ Association in February called the prepaid model a â€œchronic diseaseâ€ and a â€œbig pitfallâ€ for consumers. â€œFrom the initial forms of purchasing cards and vouchers to various types of paid subscriptions and reloading of funds to gift cards, business owners in different industries and sectors are exhausting all means to extend the application of the model. prepaid, which can reduce costs for consumers. but can also increase the risks for them, â€he said.

The report targeted the out-of-school education sector, claiming that the COVID-19 outbreak has taken a heavy toll on the industry (in terms of offline courses), leading to an increase in the number of businesses closing without notice. .

A notable case arose on October 19 when a private tutoring company that operated more than 1,000 outlets at its peak was hit with news reports and anecdotes suggesting it had run into financial trouble.

In response, hundreds of parents rushed to the company’s headquarters in the capital and demanded the return of their down payments. Before that, relatives in Tianjin and Chengdu, capital of Sichuan Province, had encountered similar problems with the same company.

â€œI spent 325,000 yuan there. That’s enough to buy a car,â€ a woman shouted in a video clip circulating online. â€œAnother relative paid 450,000 yuan, even more! a man entered halfway through the clip.

The parents’ fury and helplessness was also evident in an October 21 online article on Blackcat, a complaints website.

The poster had spent 510,000 yuan on prepaid lessons with one of the tutoring company’s outlets in Beijing’s Tongzhou District in September 2018.

â€œAfter the outbreak (COVID-19) started, my child barely took any offline classes there. There are around 240 classes left on the map,â€ the user said.

“I tried contacting the teachers through WeChat, but they left. The outlet closed. I don’t know where to go for a refund. No one can be contacted.”

Xu, the head of human resources in Beijing, said she no longer had confidence in the credibility of traders. Instead, she trains herself to refrain from impulse buying and carefully assess sellers and her own buying habits before using her credit card.

â€œWhen I do my shopping in small stores, I avoid paying down payments. I have also learned to turn a deaf ear to the chatter of salespeople,â€ she said.

â€œIf I like a particular fondue restaurant and I’m sure I go there regularly, I’ll probably buy a prepaid card that will give me discounts. I think it’s important for customers to do so. their own opinion. “