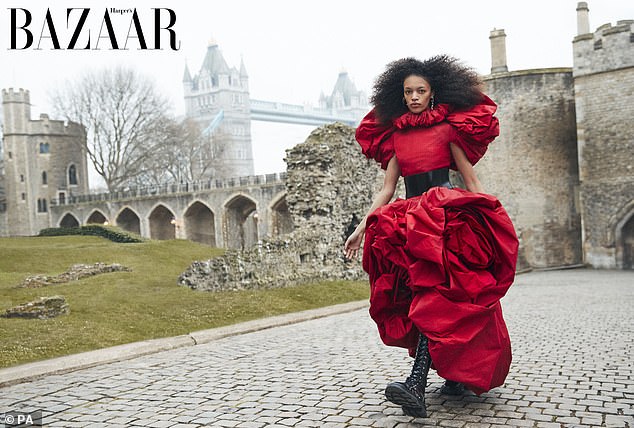 Victoria Beckham and Sarah Burton are among the British designers who have honored the Queen ahead of her Jubilee by making colorful dresses inspired by the monarch’s wardrobe for the first-ever fashion shoot at the Tower of London.

On the cover, the model, who is known for raising the issue of racism in the fashion industry, can be seen posing in a vibrant latex design by Richard Quinn.

Speaking to the magazine, the designer explained his inspiration behind the look, saying, “The Queen once wore an amazing matching hat and coat in acid green, with black patent shoes; to me, it’s bold and subversive.

‘So I wanted this Tudor mini dress at the Tower of London. It’s a play on royal allure – crystals, duchess silk satin, a little crinoline…and then a little latex.’

Victoria Beckham and Sarah Burton are among British designers who have honored the Queen ahead of her Jubilee by making colorful dresses inspired by the monarch’s wardrobe for the first-ever fashion shoot at the Tower of London (pictured, design by Burton)

Other designers featured in the shoot include Victoria and royal wedding dress designer Sarah Burton.

Victoria’s dress was a regal and elegant affair – a fitted, all purple dress with long sleeves and a neckline.

The designer said, “For this historic shoot, we wanted to honor Her Majesty with a traditionally regal color, so I reimagined an A/W 22 runway look in a rich purple hue. 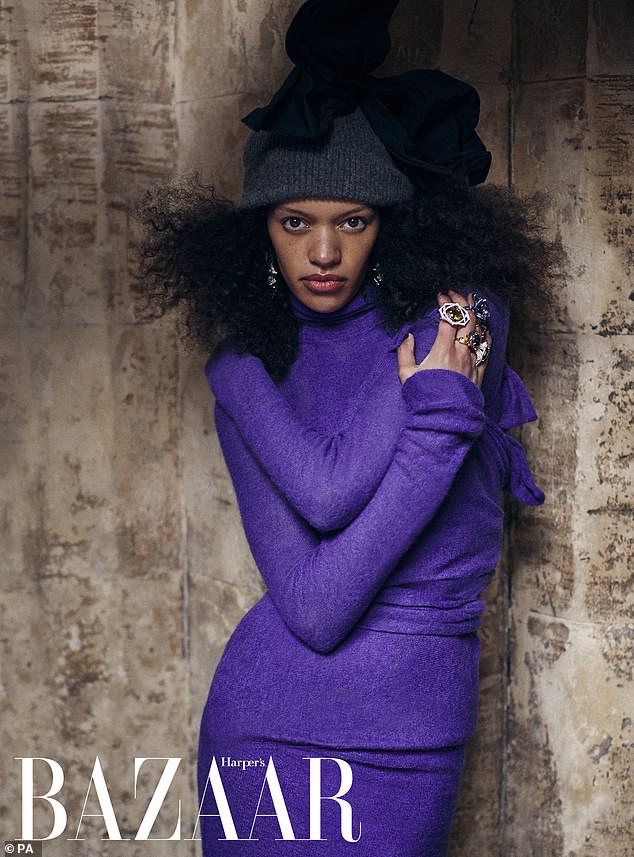 “A sequin dress forms the base of the outfit, sitting under a fine, delicate knit that wraps around the body, distorting the sparkle of the sequins for a truly refined aesthetic, fit for a queen.”

Meanwhile, Sarah Burton for Alexander McQueen created a striking flamboyant dress in ruby ​​red with a full ruffled skirt, puffed sleeves and a thick black sash pinched in the middle.

Sarah said: ‘The red rose is inherently feminine and timelessly beautiful – a symbol of romance, passion and love.

“It is also tough and strong; there is a power and a dignity to this queen of flowers. 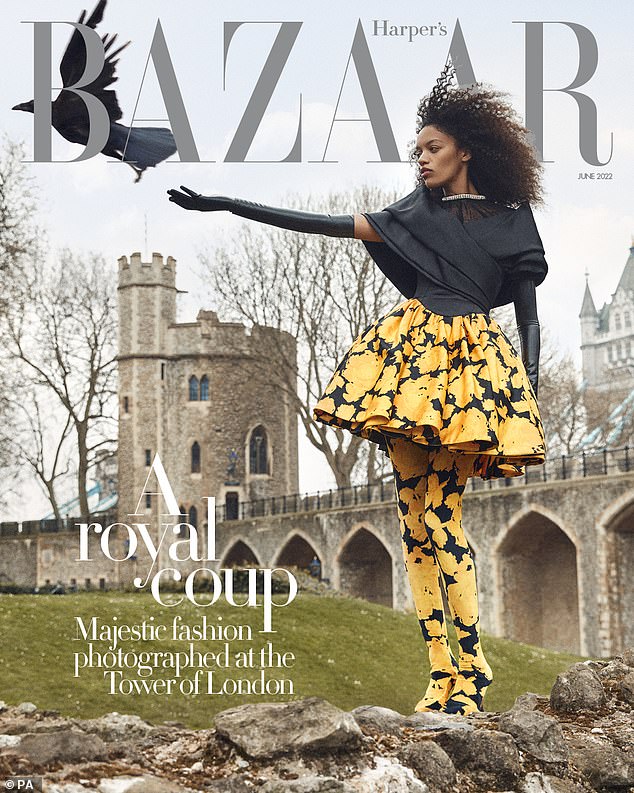 Meanwhile, Philip Treacy, Andreas Kronthaler and Bora Aksu were also selected by the magazine for the photoshoot.

Milliner Treacy commented: “The Queen has done more than anyone for the hat and kept it alive in the imaginations of people around the world.

“It was irresistible to have this 17th century sailboat hat photographed at the Tower of London, given the epic backdrop by the river.”

And Bora Aksu poetically summed up the shoot, saying, “I’m an incurable romantic, and my goal is to seek out and define beauty on my own terms.

“It’s about blending traditional elements with newer ones – the perfect design language for the Queen, who has always exuded timelessness and regal elegance.” 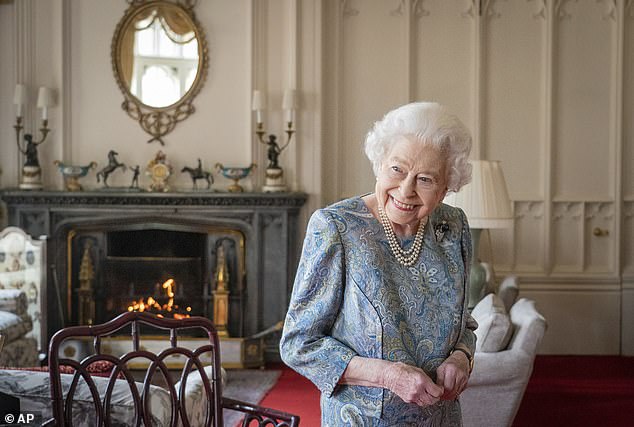 It comes as the Queen announced she would use her Platinum Jubilee to highlight national unity, sending family members across the kingdom.

Highlights of the royal-themed edition include an interview with the organizer of the Jubilee Pageant, perspectives on our monarch from notable figures such as Helen Mirren and Clare Balding, and an exploration of our monarch’s beauty regime.

It comes as the Queen announced she would use her Platinum Jubilee to highlight national unity, sending family members across the kingdom.

The monarch has agreed for senior members of the royal family to visit the nations of the UK over the long bank holiday weekend in June.

They will be led by the Duke and Duchess of Cambridge, who will travel to Wales. Meanwhile, the Earl and Countess of Wessex will visit Northern Ireland, while Princess Anne will travel to Scotland given her special affinity with the country.

Prince Charles and the Duchess of Cornwall will stay in London with the Queen.

There will, of course, be no role for the Duke and Duchess of Sussex and the Duke of York, who have both stepped down from working royals.

What are the different types of personal loans?