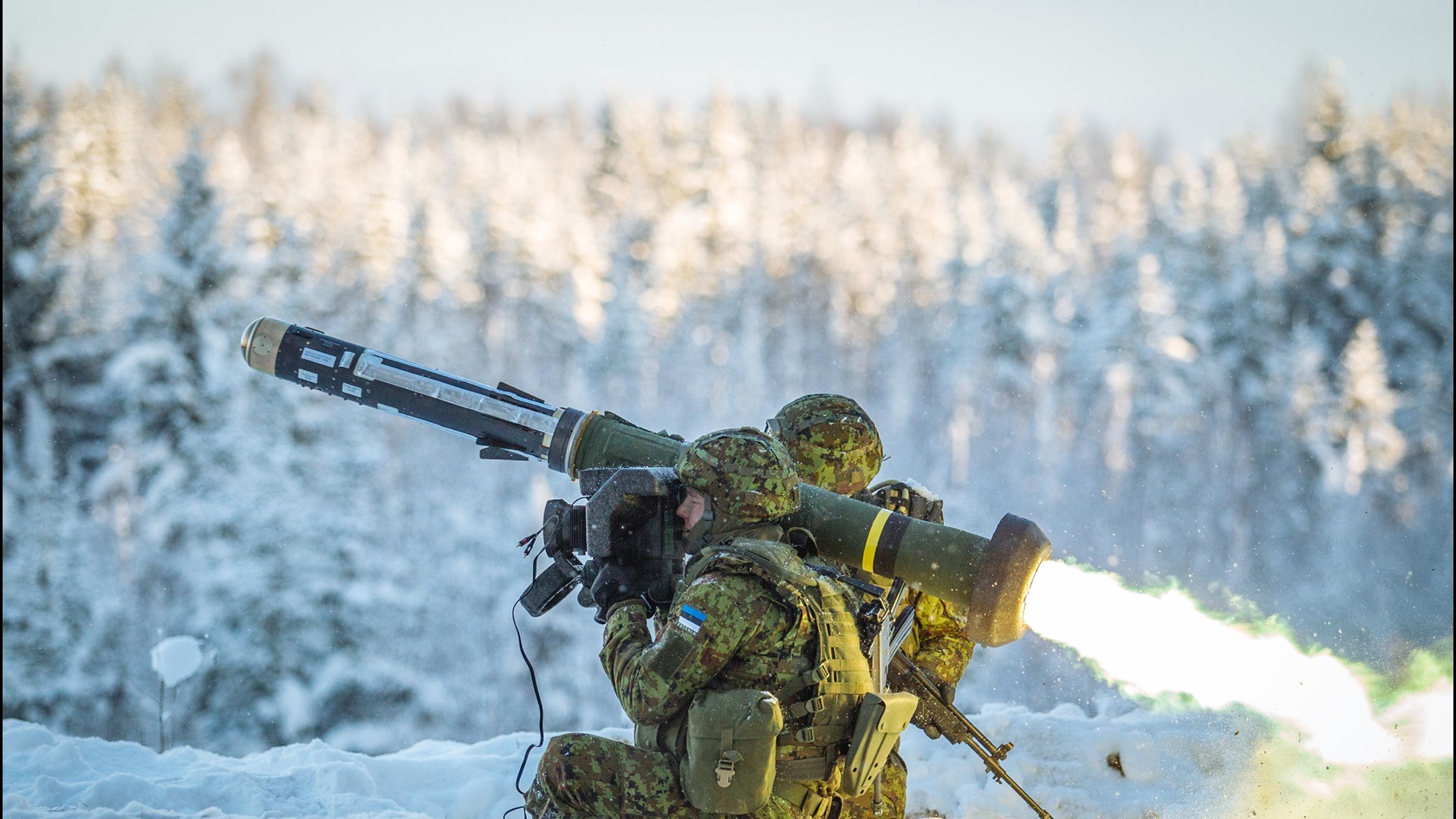 The Estonian defense model: “Shoot to kill, on the spot!”

Kaliningrad, autumn 2006. I had just finished a semester as a visiting professor at the former University of KÃ¶nigsberg, Immanuel Kant. On the last evening in Kenix, as the students called it, two colleagues took me to a spa on the Baltic Sea coast. This little pearl was seized by the Red Army in the fall of 1944 and was fortunately never handed over to the Soviet civil administration. The food was delicious, the drink might have been trivial, but it was plentiful …

Late in the evening, I ventured to ask, “Gentlemen, what will become of you here in Kaliningrad?” Now that you finally have your first civilian governor to replace those admirals in giant military sunglasses and caps? Will you move closer to Germany and Central Europe again, to become the new East Prussia? Or could you turn into an independent Baltic state, like Estonia? Or – will you gravitate even closer to Moscow? My colleagues smiled and the older one replied: “Dear friend, know that 15% of our students study English, 20% are fluent in German, and the rest is for Kalashnikov”. Obviously, this ratio has not improved. Today, “Kalashnikov” dominates Kaliningrad.

Satellite image of the Russian Baltysk naval base in Kaliningrad

President Putin’s foreign policy, including the expansion of Russia’s military-industrial complex and the modernization of the Russian armed forces, has had far-reaching consequences. In the spring of 2012, I ran into the Estonian General Laaneots in Tartu. He had been Commander-in-Chief of the Estonian Armed Forces, and before that a young Soviet tank commander and a colleague of Putin’s top military officers, Generals Nikolay Makarov and Valery Gerasimov. In 2012, he was Estonian military attachÃ© in Moscow. Laaneots’ message was clear: “Putin is rearming faster and more widely than Hitler in the late 1930s.”

This is not the place to speak of attacks in Crimea and Ukraine. In imitation of Hitler’s method, Putin is using church leaders and massive state media to prepare his nation for the inevitability of a future war. The terrifying war propaganda projected in Russian state media makes Dr Goebbels’ radio speeches and Ms Riefenstahl’s parade films of the 1930s pale in comparison. Meanwhile, the mainstream Russian liberal intelligentsia is conforming to Putin’s ways and distancing itself from his old Estonian friends.

Clearly, Estonia’s readmission into Russia’s “near abroad” is part of Russia’s pre-war planning. Already in 1998, the 76th Airborne Division of the Russian Guard in Pskov, just southeast of Estonia and northeast of Latvia, was carrying out large-scale maneuvers. The well-equipped, well-trained and reinforced elite division advances on a broad front from east to west and stops just in front of the Baltic borders. Since then, the provocations from the East have been innumerable. Those carried out in Estonia are well known to the West, including the Kremlin-sponsored ‘Bronze Soldier’ â€‹â€‹riots, the 2007 cyber attacks and the kidnapping of Estonian security officer Eston Kohver in 2014.

How did the rest of the world react? The Swedish concept of “Russian fear” (ryss-skrÃ¤ck) is still very much present in Swedish security debates. This concept emerged almost three hundred years ago when Russian navies ravaged the eastern Swedish archipelagos from Roslagen to Tjust. Nowadays, anyone who sounds the alarm bells about Russian aggression is labeled Russophobic by political correctness which seeks to brand critics of the Kremlin as being fundamentally hostile to all Russians.

Interestingly, â€œRussian fearâ€ is an exclusively Swedish phenomenon. This does not happen, for example, in Finland, which surprises many good Swedes. The closest to a Finn in this context is “ryssÃ¤nviha”, which means almost the opposite, namely Russian anger.

However, in the Estonian language, both “Russian fear” and “Russian anger” are missing. The likely explanation is that Estonians have had intensive and exhaustive relations with Russia since the Treaty of Nystad in 1721. For Estonians, Russia is all too familiar; they know very well what and who they are dealing with. This was also the case during the painful period of Soviet occupation between 1941-1991, and so it is today. Almost every Estonian has â€œhis Russian friendâ€, a member of his family or an acquaintance in his immediate community. For me, Valery Kalabugin (â€ ) and Yevgeny Kristafovich are closest to my thinking, as far as Estonian domestic politics are concerned.

While in Tallinn in early August 2008, I was able to watch the Russian war in Georgia on the big TV screens of Estonian Air Force Chief Valeri Saar. Three days later, I met senior politicians in Stockholm and told them what I had experienced. Their reaction came spontaneously: â€œBut you must have been afraid?!? Scared? On the contrary! General Saar, pale-faced, clenched fists, wandered around the room saying, “See what those bastards are doing!” The Estonian reserve officers immediately enlisted as volunteers and flew to Tbilisi. President Saakashvili also counted several Estonians among his closest advisers.

Estonia is part of NATO and Estonia’s eastern border is equivalent to NATO’s eastern border. Since 2004, Estonia has allocated the prescribed 2% of GDP to defense, provided troops to multiple NATO and UN missions, and absorbed casualties, including the lives of soldiers. Estonia’s participation and collaboration with NATO is intense and natural. In the summer of 2013, on the occasion of the Russian invasion of Crimea, the former Estonian supreme commander, General Einseln, proclaimed that: â€œour problem is not Putin: with him we know what we are dealing with and we know what we can do there. Our problem is Obama.

The general was referring to the largely undecided West, including Sweden, which Estonian President Ilves rightly called a security hole in northern Europe. Since then, however, the positions of the United States and NATO have improved, both diplomatically and defensively: Estonia’s defense capabilities have been significantly enhanced on the ground and in the air, and the NATO has expressed and demonstrated strong political solidarity. In response to a direct question last summer about what Estonia would do if, as in Ukraine, silent, masked and armed green men appeared inside the Estonian border in Narva, the young supreme commander of the armed forces , General Terras replied: “Shoot to kill, on the spot”. It was a shocking response to the Swedish public, but the only correct one. Because that’s what you do with the terrorists, who refuse to lay down their arms; without fear or favor. This is what the Armed Forces are trained for.

Estonia would then obtain an immediate return of NATO Article 5, the so-called d’Artagnan paragraph “one for all, all for one”, that is to say that the whole of the NATO would immediately be galvanized. As a study by Rand Corp. recently stated, Russian armed forces in a conflict situation would be able to cross the Baltic states in about 60 hours. In response, the United States decided to immediately quadruple its military support to Eastern Europe. Thereupon Russia, in turn, reinforced its Pskov airborne units with brand new battle tanks …

Whatever NATO’s combined political, economic and military resources, they are still several times greater than those of the Russian Federation. And being above all a political defense union, NATO / US can pinch Putin’s aggressive butt anywhere, and also in his most vulnerable personal economic zone to prevent him from letting go and going to the bank. . Putin knows this – and, hopefully, will refrain from any physical aggression against NATO / Estonia.