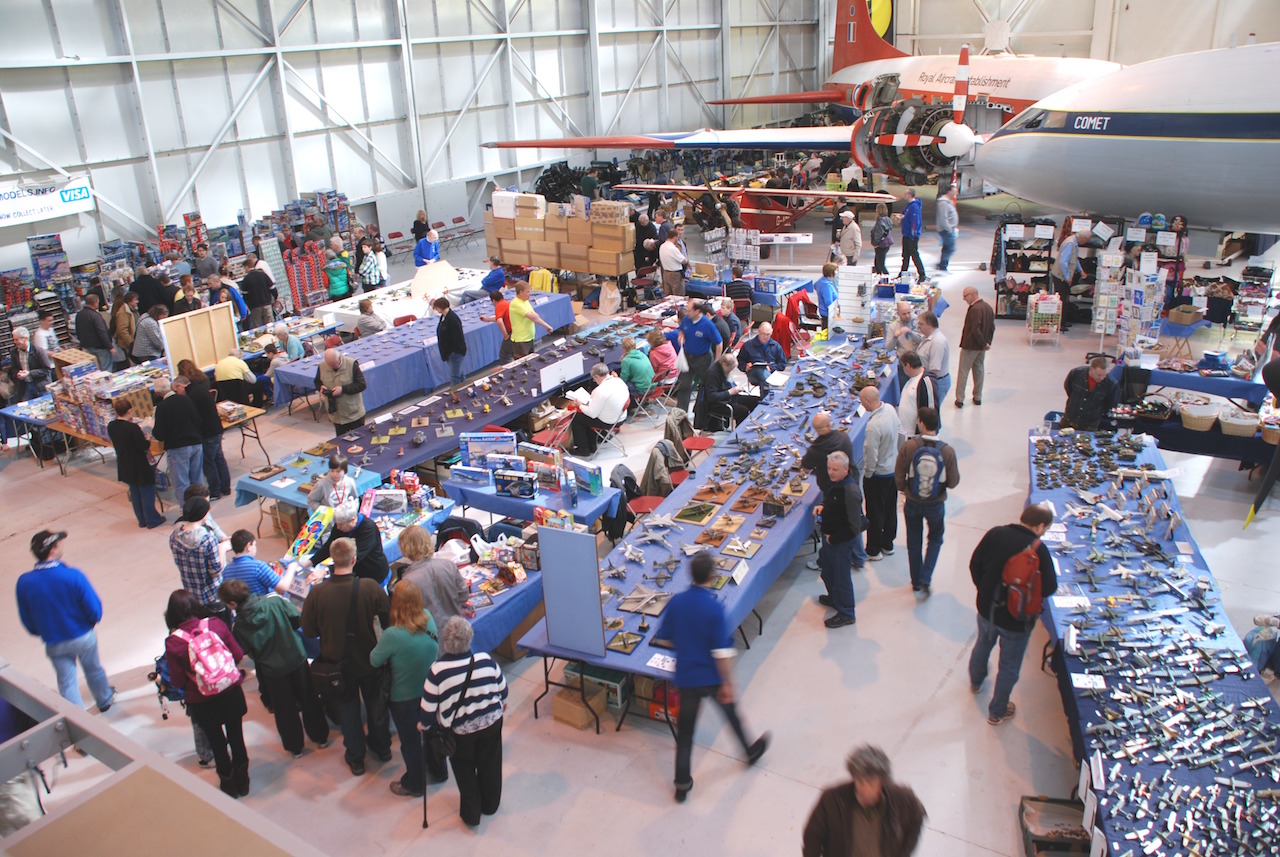 PRESS RELEASE – For the successful fifteenth year, the popular Shropshire Scale Model Show returns to the Royal Air Force Museum Cosford next month. It is one of the largest modeling events in the country and shows no signs of slowing down, as a record 150 exhibitors and traders will travel to Cosford for the all-day event taking place on Sunday April 3This annual event attracts approximately 4,000 visitors each year and takes place amid the collection of world-class aircraft and military vehicles on display at the museum. Thousands of detailed models of planes, cars, bikes, trucks and sci-fi artifacts will be spread throughout the site, filling the museum’s hangars with a world of model making. With over 100 model clubs registered to exhibit their designs, many of which have taken years to perfect, this year’s event is set to be bigger than ever.

Everything a dedicated model maker could want or need will be on sale during the one-day show. Up to 50 merchants will sell a range of modeling equipment and kits suitable for model makers of all levels, from young children who are discovering their passion for modeling to passionate modelers who have been making kits for many years. There will be everything from kits of various sizes as well as glues, paints and other detailed sets available for same-day purchase. New to the exhibit this year will be a North Somerset Modeling Society Pirate Show. Their pirate ship themed booth will feature a mixed collection of model memorabilia as well as witty pirate puns. French trader MACH 2 will attend the show for the first time this year, of which the 1:72 scale Argosy is sure to attract attention as it is on display alongside the actual aircraft on display at the Museum.

Event organizer Gary Stevens, secretary of the Shropshire Scale Modellers and the Telford branch of the International Plastic Modellers Society, says: â€œI am amazed at how popular the show has become over the years; I still remember the first show in 1998, when we rented 80 tables for a few clubs and traders. This year we are recruiting nearly 500 tables to accommodate the 106 exhibitor displays and nearly 50 traders. The international element of the show grows stronger as we welcome French dealer / manufacturer MACH2 whose 1:72 scale Argosy will be on sale alongside the real thing. Every year I try to have a special feature on the show and this year is no exception as the North Somerset Modeling Society will be presenting their award-winning, humorous and pirate exhibition, which has to be seen to be believed!

To make access to the museum even easier, the organizers have set up a free park for the day to cope with additional visitors, departing from Cosford station. The show will be open to the public from 10 a.m. to 4 p.m. and entry to the event is FREE. For more information, please call the Royal Air Force Museum Cosford on 01902 376200 or visit the museum’s website at www.rafmuseum.org.

Marks and Spencer model poses in gorgeous jeans, but buyers are interested in something else