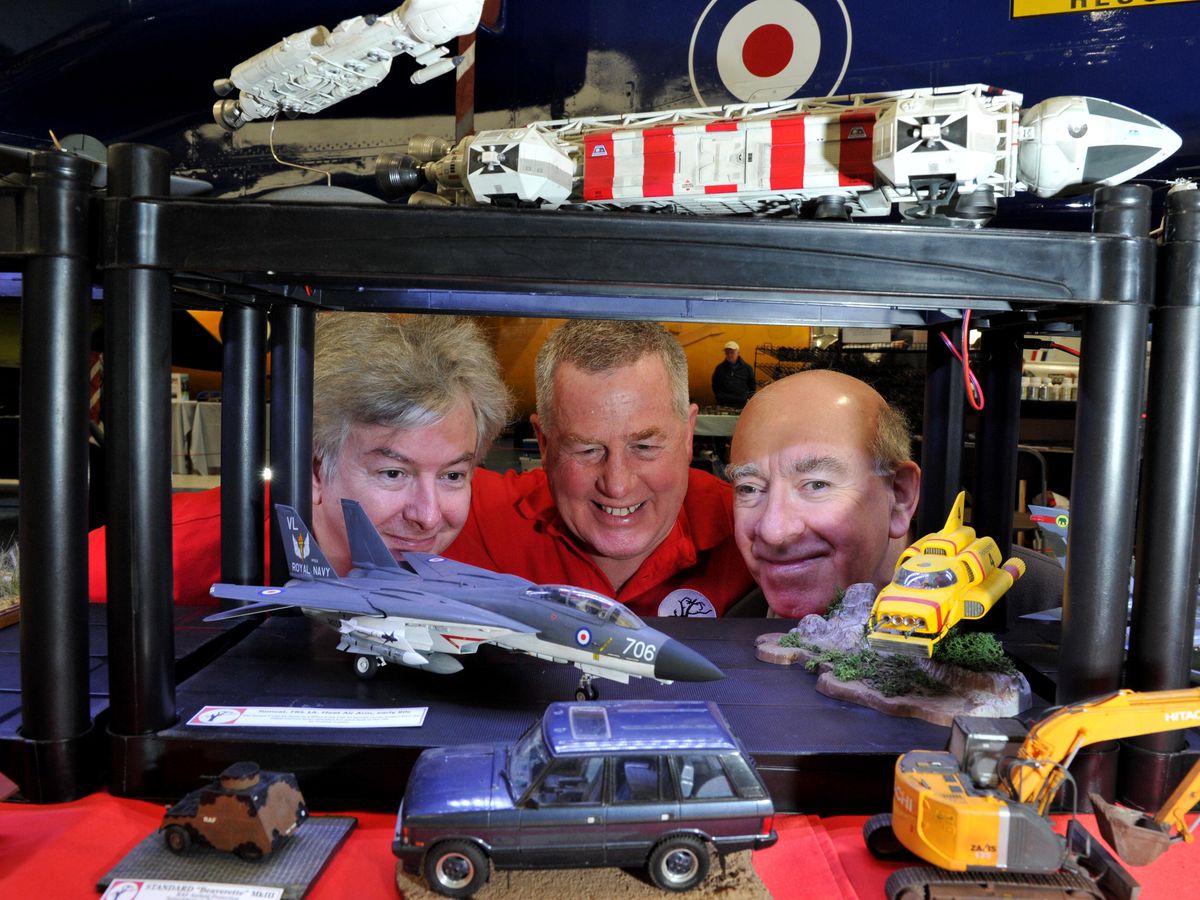 Focusing on demonstrating the intricate skills and skill needed to create some of the best replica models, over 100 clubs and traders from across the country attended the Shropshire Scale Model Show.

John Sheehan, IPMS Canberra SIG member, Bradford, said: â€œI have currently built around 60 Canberra and it takes an average of about a month to build.

â€œBut I have a Canberra RB56F that took three months to build because it’s not a kit. It’s mostly built from tub panels and fixtures.

“My dad was in the RAF so that’s my excuse to start. I started doing it when I was five and I’m now 59. It’s a great show with a great environment.”

John’s model airplane table was set up directly under a real Canberra so visitors could see the resemblance.

Another table was full of carefully constructed miniature two-seater Phantom models by Ted Bayliss of Huddersfield.

â€œI have built around 200 of them and I have as many kits ready to be built,â€ he said.

â€œIt can take me a week to two months to finish one.

â€œI have a particular interest in the Phantom because I am a former Air Force and already managed to get a flight in one of them when I was in Germany.

â€œWhen you hear the sound of it, you understand why. “

There were four hangars filled with model airplanes, ships, tanks, and more from around the world to browse.

One of the most popular tables was the US Air Force IPMS, led by Hadyn Hughes of Wakefield.

He paid tribute to the show and said it was one of the best in the country.

â€œIt’s a special attraction because it’s in this museum surrounded by the planes that you’re interested in. It’s amazing.

â€œAs a child, I went to air shows and started building models. I specialize in American planes because they are different.

“They are fascinating planes because they are all different colors and shapes.”

The show is run by a group of enthusiasts, led by Gary Stevens of IPMS Telford.

He said the event was busier than ever, but was bittersweet as it was his last show as a host after 21 years of responsibility.

â€œI’m moving to Portsmouth for work so this is my last show,â€ he said.

â€œIt’s a little sad after being involved for 22 years, but I will continue to come for the fun of it.

â€œI have seen it grow massively since our first one in 1998, when we borrowed 90 tables from RAF Shawbury.